Cube Modular’s unique and ecofriendly Continest modular buildings were recently used at Bovington Studios near London during the filming of a new comedy series. The production team of ‘Man vs Bee’ starring Rowan Atkinson, welcomed nine of the company’s modular foldable containers at the studios, where they were utilized as offices and welfare units.

Continest containers’ innovative foldable design technology makes its units the most mobile and environmentally friendly portable buildings in the modular accommodation industry. Due to the containers’ patented design, 10 units can be transported on a single truck, offering huge savings on road haulage costs and impressive reductions in carbon emissions. The units are also uniquely developed for quick and easy set up; a foldable solution offering an 80% cut in logistical and storage costs, and a similar reduction in CO2 and GHG emissions. For the Housesitter Productions team, the production company responsible for the new series, the units offered the perfect solution to help meet their sustainability targets.

The series Man vs Bee sees Rowan Atkinson at war with a bee while housesitting a luxurious mansion and will be streaming on Netflix later in the year. 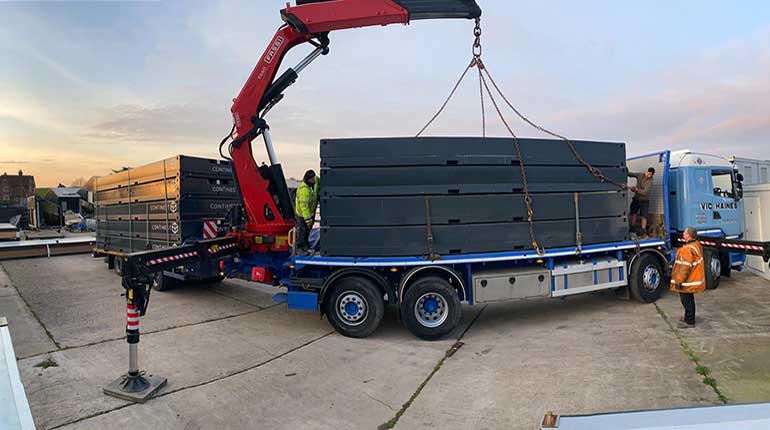 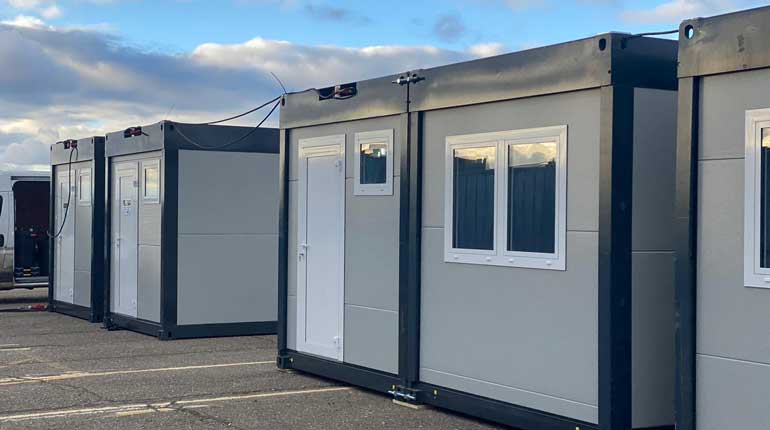