On Saturday 5th September, Harlequins welcomed 2,700 season ticket holders, chosen by ballot, for the first time since the beginning of the coronavirus lockdown. The selection of The Stoop as a host venue followed a detailed assessment of submissions by Premiership Rugby to the Government’s Department of Digital, Culture, Media & Sport (DCMS).

Working closely with the relevant authorities, Harlequins ensured extensive measures were put in place, in line with government guidelines, including the promotion of hand hygiene through the use of Cube Modular’s event hand sanitising stations. 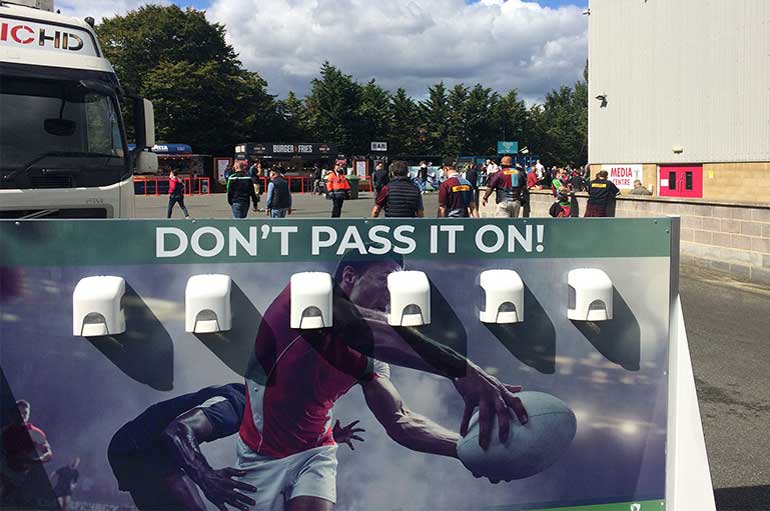 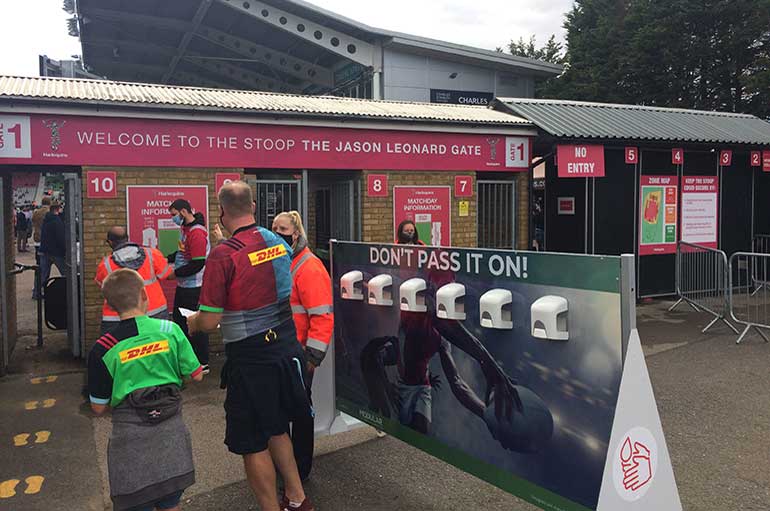 The Gallagher Premiership rugby clash against Bath Rugby was the first rugby match with a crowd following the launch of a series of pilot events throughout elite English sport for the return of spectators.

Ahead of the game, Head of Rugby, Paul Gustard, said: “We are looking forward to welcoming Bath to The Stoop as we are privileged to be the first club to have crowds back in the stands. It is reflective of the progressive nature of the Club and testament to the work of our staff behind the scenes to see this pilot event take place.”

To ensure the event was held to the highest safety standards for all attendees, stewards made sure social distancing was adhered to everywhere in and around the stadium, with supporters only able to sit in the seat allocated to them. Facemasks were also compulsory, except when eating or drinking. Fans were able to use a QR code to order their food and beer from their seats, with cashless payments implemented. 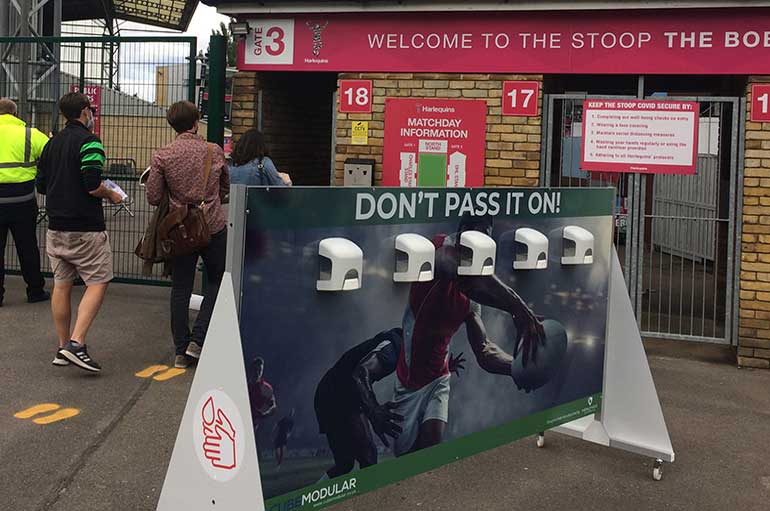 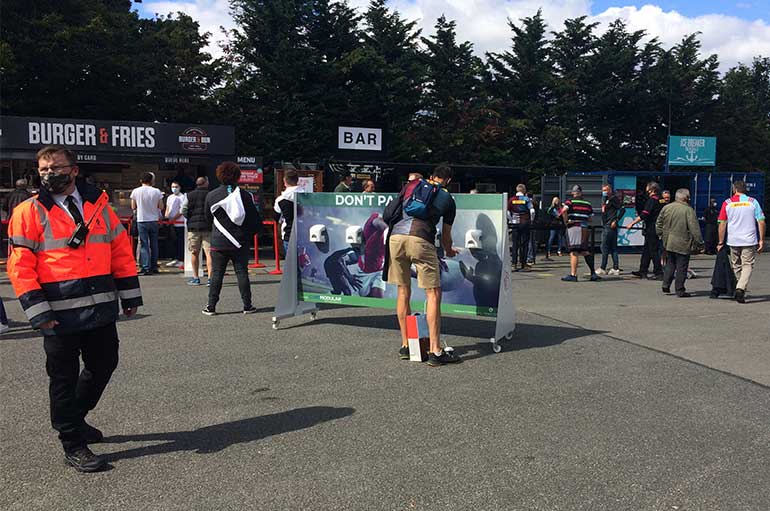 Cube’s rugby-branded ‘Don’t Pass It On’ event hand sanitiser stations utilised at the Harlequins’ ground were first seen across the road at Twickenham Stadium in March at the Six Nations. Available on an event rental basis, similar hand hygiene-promotion stations are being deployed during the COVID-19 outbreak at sports venues and events across the UK, including Premier League football clubs, England Cricket test matches and well-known racecourses.

Additional safety & welfare measures in place at The Stoop included advanced ticket bookings, ID and temperature checks on arrival, the filling in of health questionnaire forms as well as providing details for the track and trace system.

If pilot matches like these prove to be successful, the government hopes to allow fans to return to watching live sport by October.